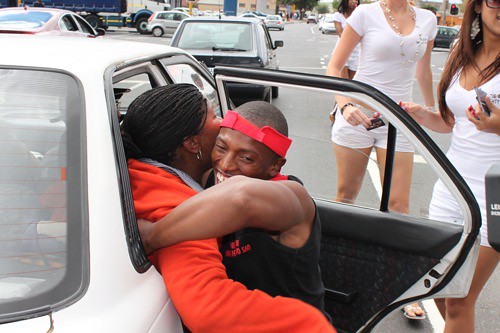 The Naughty Volvo Convoy were dared to hand out lollipops in peak hour traffic. Here are a couple of pics of the action taking place in Stellenbosch.