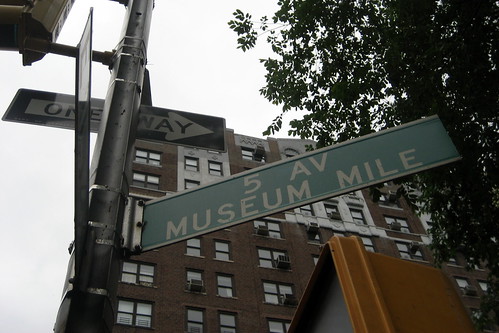 Museum Mile is the name for a stretch of Fifth Avenue running from 82nd to 105th streets on the Upper East Side in a neighborhood known as Carnegie Hill. New York City officially designated this segment as Museum Mile because it is the location of nine museums, several of which are world-renowned. A tenth museum, the Museum for African Art, will be joining the ensemble in 2008.

Other museums in the area include:
* Frick Collection and Reference Library at 70th Street
* Whitney Museum of American Art at 75th Street and Madison Avenue

Quick Cape Town Fact: The City of Cape Town’s motto is ‘Spes Bona’ which is Latin for ‘Good Hope’.