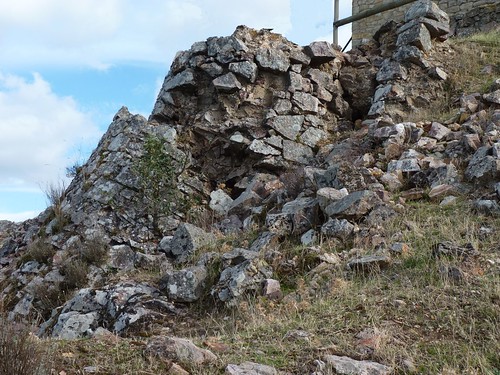 Hill worked out that this route to Almaraz was impossible – it was too strong and well defended. However, a ‘false attack’ on the forts at Miravete distracted the French defending Fort Napoleon – see next set.
en.wikipedia.org/wiki/Battle_of_Almaraz
www.napoleon-series.org/ (Military Section, Virtual Battle Fields by Robert Burnham and Pedro Prieto Ramiro)
Peninsular War 1808-1814
All of the photographs in this set were taken with the help of Pedro Prieto Ramiro, a lifetime resident of Romangordo and local historian. Romangordo now has a new museum, about half of which is dedicated to the Allied attack on the Bridge at Almaraz (Battle of Albalat as Pedro, rightly, insists)
romangordo.org/turismo/rutadelosingleses.php

Quick Cape Town Fact: When the South Easter blows up the Table Mountain, it meets colder air at the top, causing condensation. Soon, a thick mist is formed, locals called it the “Table Cloth.” It’s a spectacular sight, and it’s worth to witness it.

GEC not an exit qualification: Umalusi
Next Post: 7 Reasons to Visit AfricaCom in 2019