A Cape Town University of the Western Cape tagged image from photographer – Internet Archive Book Images as published on Flickr.

Image from page 909 of “Medieval and modern times : an introduction to the history of western Europe form the dissolution of the Roman empire to the present time” (1919) 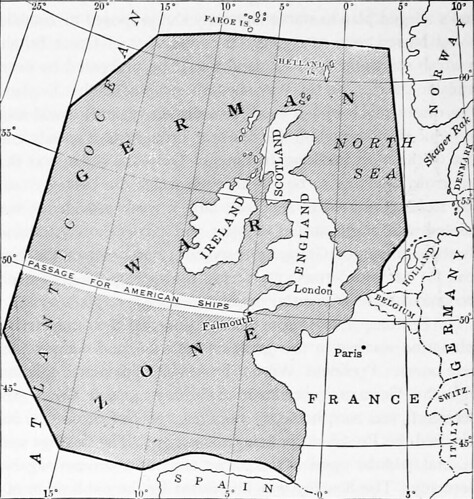 Text Appearing Before Image:
ief of those who hadcriticized the President for being too patient. The sinkings wenton, and popular opinion was more and more aroused againstGermany. The hostility was intensified by the publication of aletter from the German minister of foreign affairs to the Mexi-can government, which proposed that if war broke out betweenthe United States and Germany, Mexico should attack theUnited States and should take Texas, New Mexico, and Arizonaas its reward. It was finally evident that war was unavoidable. President The UnitedWilson summoned a special session of Congress and on April 2, ci^^eg ^^r1917, read a memorable address to its members in which he April 6,1917said that Germany had to all intents and purposes declared waron the United States. Our object, he maintained, is to 762 Medieval and Modem Times vindicate the principles of peace and justice in the life of theworld, as against selfish and autocratic power. The free andself-governed peoples of the world must combine, he urged, to

Text Appearing After Image:
German War Zone of February i, 1917 Late in the year 1917 and early in 1918 the German government ex-tended the barred zone so as to include the islands off the coast ofAfrica, Madeira, the Cape Verde Islands, and the Azores, in order tocut the routes between Europe and South America make the world safe for democracy, for otherwise no perma-nent peace is possible. He proposed that the United Statesshould fight side by side with Germanys enemies and aid themwith liberal loans. Both houses of Congress approved by large The Great War 763 majorities the proposed resolution that the United States had The Unitedbeen forced into war. Provisions were made for borrowing vast gigantic^^^sums; old forms of taxation were greatly increased and many Preparationsnew ones added. In May, 1917, conscription was introduced,and all able-bodied men between the ages of twenty-one andthirty-one were declared liable to military service. Preparationswere made for training great bodies of troops to be sent acr

Quick Cape Town Fact: Between 1880 and 1930 Muizenberg transformed itself from a ramshackle collection of shacks and farmhouses into the top holiday resort in South Africa. It grew so much in popularity that a wooden beach pavilion had to be built to provide changing room accommodation for the hundreds of holidaymakers. This pavilion was demolished in 1929 to make way for a new pavilion which included a theatre and tea-room. In 1913 nearly 100 small bathing huts lined the beach front but overtime some got into disrepair and were demolished. Today you can still find two rows of colourful bathing huts and such is their popularity that they even get used for the backdrop of fashion shoots.