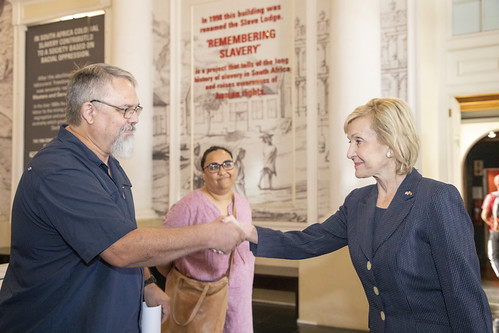 Quick Cape Town Fact: Cape Town was founded in 1652 when Jan van Riebeeck of the Dutch East India Company based in The Netherlands arrived to set up a halfway point for ships travelling to the East. 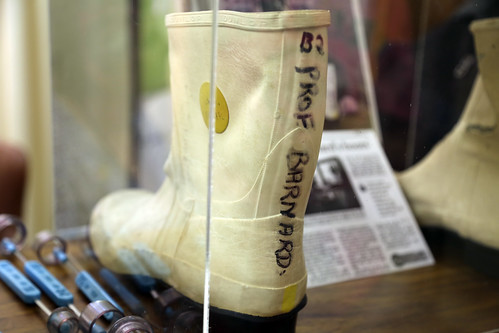 Quick Cape Town Fact: Many tourists visit Cape Town’s beaches, which are popular with local residents. Due to the city’s unique geography, it is possible to visit several different beaches in the same day, each with a different setting and atmosphere.


A Cape Town University of Cape Town tagged image from photographer – pedrosimoes7 as published on Flickr. 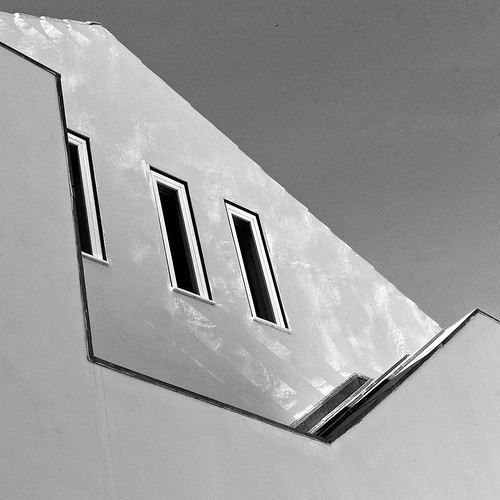 He graduated in architecture in 1955, at the former School of Fine Arts from the University of Porto, the current FAUP – Faculdade de Arquitectura da Universidade do Porto. He completed his first built work (four houses in Matosinhos) even before ending his studies in 1954, the same year that he first opened his private practice in Porto. Siza Vieira taught at the school from 1966 to 1969, returning in 1976. In addition to his teaching there, he has been a visiting professor at the Graduate School of Design, Harvard University; the University of Pennsylvania; Los Andes University of Bogota; and the École Polytechnique Fédérale de Lausanne.[1]

Along with Fernando Távora, he is one of the references of the Porto School of Architecture where both were teachers. Both architects worked together between 1955 and 1958. Another architect he has collaborated with is Eduardo Souto de Moura, e.g. on Portugal’s flagship pavilions at Expo ’98 in Lisbon and Expo 2000 in Hannover, as well as on the Serpentine Pavillon 2005. Siza’s work is often described as "poetic modernism";[2] he himself has contributed to publications on Luis Barragán.

Among Siza’s earliest works was a public pool complex he created in the 1960s for Leça da Palmeira, a fishing town and summer resort north of Porto. In 1977, following the revolution in Portugal, the city government of Évora commissioned Siza to plan a housing project in the rural outskirts of the town. It was to be one of several that he would do for SAAL (Servicio de Apoio Ambulatorio Local), the national housing association, consisting of 1,200 low-cost, housing units, some one-story and some two-story row houses, all with courtyards.[1] He was also a member of the team which reconstructed Chiado, the historic center of Lisbon destroyed by a fire in 1988.

Most of his best known works are located in his hometown Porto: the Boa Nova Tea House (1963), the Faculty of Architecture (1987–93), and the Serralves Museum of Contemporary Art (1997). Since the mid-1970s, Siza has been involved in numerous designs for public housing, public pools,[3] and universities. Between 1995 and 2009, Siza has been working on an architecture museum on Hombroich island, completed in collaboration with Rudolf Finsterwalder.[4] Most recently, he started coordinating the rehabilitation of the monuments and architectonic heritage of Cidade Velha (Old Village) in Santiago, an island of Cape Verde.
[edit]Recognition

In 1987, the dean of Harvard Graduate School of Design, the Spanish architect José Rafael Moneo, organized the first show of Siza’s work in the United States. In 1992, he was awarded with the renowned Pritzker Prize for the renovation project that he coordinated in the Chiado area of Lisbon, a historic commercial sector that was all but completely destroyed by fire in August 1988.

Other prizes include: The Golden Medal of The Superior Counsil of Arquitecture of the College of Architects of Madrid in 1988; Mies van der Rohe Award for European Architecture, the Prince of Wales Prize in Urban Design from Harvard University,[5] and the Alvar Aalto Medal in 1988; Portugal’s National Prize of Architecture 1993; the Arnold W. Brunner Memorial Prize by the American Academy of Arts and Letters and the Praemium Imperiale in 1998, the Wolf Prize in Arts in 2001, the Urbanism Special Grand Prize of France 2005.

Siza’s Iberê Camargo Foundation in Porto Alegre, his first project built in Brazilian territory, was honoured by the Venice Architecture Biennale with the Golden Lion award in 2002.[6] In 2007 the Brazilian Government awarded him the Cultural Merit Order Medal. More recently he was awarded the RIBA’s 2009 Royal Gold Medal[7] and the International Union of Architects’ 2011 Gold Medal.

Quick Cape Town Fact: The Port of Cape Town, the city’s main port, is in Table Bay directly to the north of the central business district. The port is a hub for ships in the southern Atlantic: it is located along one of the busiest shipping corridors in the world.