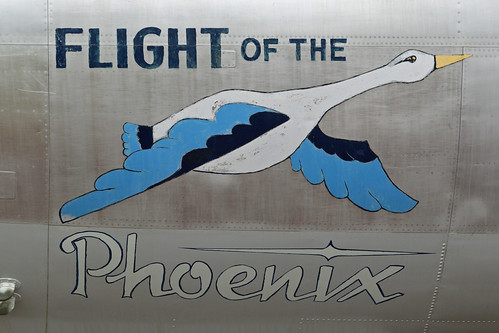 c/n 16127.
Full US military serial 49-0351.
One of only six remaining B-50s, she last served as a WB-50D weather reconnaissance aircraft. Between 1953 and 1955 some WB-50 flights were highly classified atmospheric sampling missions, used to detect Soviet detonation of atomic weapons.
Retired to MASDC in 1965, she moved to the Pima Air Museum in 1972 before making the journey to Castle in 1980 where she remains on display as part of the Castle Air Museum. Atwater, CA.
4th March 2016