A Cape Town University of the Western Cape tagged image from photographer – UN Geneva as published on Flickr. 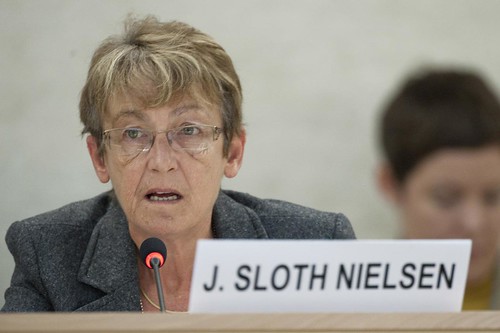 Julia Sloth Nielsen, Dean of the Faculty of Law at the University of the Western Cape and Member of the African Committee of Experts on the Rights and Welfare of the Child addresses a annual meeting on the rights of the child of 19th Session Human Rights Council. 08 March 2012. Photo by Jean-Marc Ferré

Quick Cape Town Fact: Cape Town International Airport serves both domestic and international flights. It is the second-largest airport in South Africa and serves as a major gateway for travellers to the Cape region.

The Department of Correctional Services (DCS) will begin training staff on the effective treatment of prisoners incarcerated in its various facilities.

The four life sentences handed down to rapist and murderer Headman Dyosi should serve as a deterrent to other would-be rapists, the National Prosecuting Authority (NPA) in the Eastern Cape said on Monday.

The Constitutional Court has upheld the order against Public Protector Busisiwe Mkhwebane to personally pay for legal costs in the matter involving the South African Reserve Bank (SARB).

With two weeks left before branch filing opens, the South African Revenue Service (SARS) has encouraged taxpayers to beat the queues by filing their returns on the SARS MobiApp and eFiling.

Gauteng parents have until midnight to submit online applications for the 2020 admissions.

Quick Cape Town Fact: The Cape Town Cycle Tour is the world’s largest individually timed cycle race – and the first event outside Europe to be included in the International Cycling Union’s Golden Bike Series. It sees over 35,000 cyclists tackling a 109km route around Cape Town.

Previous: Brave SA lose bronze medal match to hosts England in Netball World Cup
Next: James Newbury Is Training Harder Than Ever Ahead Of 2019 CrossFit Games

Quick Cape Town Fact: The ‘Cape Floral Kingdom’ is unique – This floral kingdom is the smallest of the world (only 90,000 km2) but contains approximately 9,600 plants and flowers – and 7,000 of them appear nowhere else in the world. The area is a UNESCO World Heritage site.

Previous: Western Cape Housing MEC pleased with progress of projects across Cape Town
Next: 4 Bedroom House for Sale in Bergvliet