Quick Cape Town Fact: Cape Town was the first city outside Europe to get Blue Flag status due to its high water quality, fantastic facilities, safety and cleanliness.

Quick Cape Town Fact: Just outside of Cape Town, there is the oldest wine industry with one of the longest wine routes in the world. Route 62 runs for 850 kilometers and ends in Port Elizabeth. In 1685, the Governor of the Cape, Simon van der Stel, established the historic Groot Constantia Wine Estate. The very first Cape wines were produced in 1659. 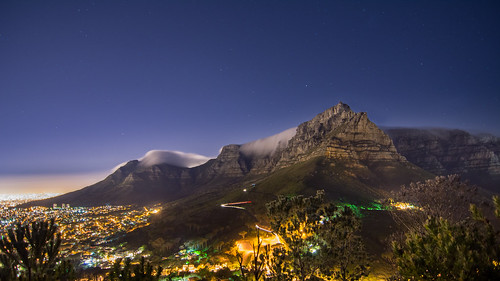 After the breath-taking sunset from Lion’s head, the night is ready to offer an additional surprise on your way back…

No wonder Table Mountain has been chosen as one of the new 7 wonders of nature.